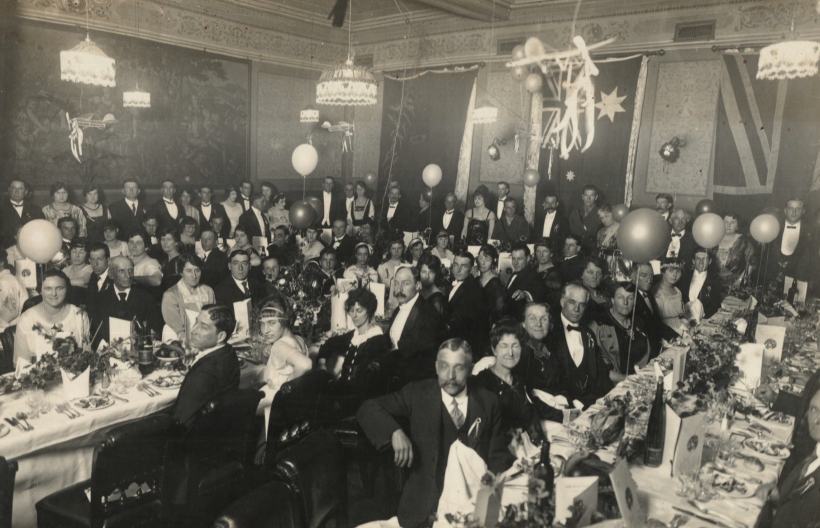 ” Close your eyes and visualize a sailing boat named Flanders leaving Marseilles arriving in Sydney on the sixth of March 1854 and immediately boarding another boat to Melbourne arriving on 14 March 1854. This is how Peter Gras y Fort who originally came from Vilaseca in southern Catalonia arrived in Melbourne. To my knowledge he was the first Catalan and the first Spaniard to arrive in Victoria.”

Josee Canals in  Memories of Migration

On 11 September of 2011, the Catalan National Day, the online exhibition ‘Catalan Footprint in Australia’ was launched at the Melbourne Immigration Museum.  This exhibition presents images, videos and oral interviews containing the real history of the Catalan migration to Australia from 1840.

Did you know that Catalan migrants were the first ones to grow tomatoes in Australia? Did you know that the famous Australian meat pie was a French-Catalan invention? The influence of the Catalan community in Victoria was significant in the development of Melbourne from the 1870s to the 1930s. Indeed, one can still recognise the influence of those Catalan pioneers in Victoria. Walking around Melbourne you can discover Morell Bridge, Barcelona Terrace, Canals Fish shop… Did you know that Melbourne had a Lord Mayor of Catalan descent? Australia’s most famous war photographer had Catalan blood.

The project is produced by Myriades Associació Cultural with the support of the Casal Català de Victoria.

“This is the story of a group of Catalans who decided to cross the world and start a new life… in Australia. But did they know where they were going?”